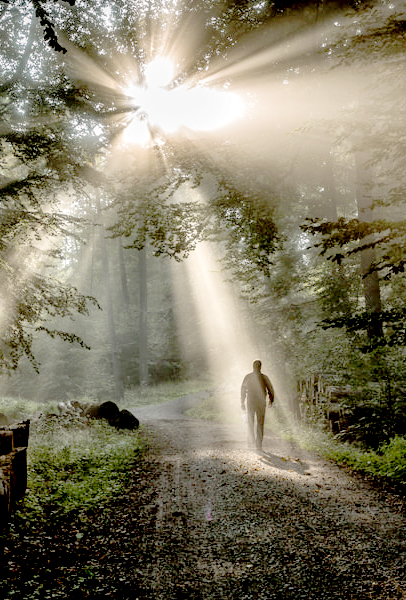 We have all experienced moments of intuition which enable us to make the right choices, the phone calls of a person we were just thinking about, or the feeling that a loved one is in trouble. It is perfectly possible to keep our common sense alive while giving space to this more subtle form of reality that has been known to cultures around the world for thousands of years. Even in scientific circles, many studies have shown significant effects of distance treatments.

During a distance healing treatment, the healer is going outside of time and space, altering their perception using a number of possible techniques. In the Theta healing technique, for example, the practitioner slows their brainwaves to the theta wave which activates what is known in shamanism as the “waking dream” state – changing their perception using intention and heightened awareness to a place transcending time and space.

Thanks to scientist Dr. Fritz Albert Popp and his studies, we know that living things are always emitting light. These bio-photons are carriers of information and are interacting with our Morphogenetic (body) field to exchange information. Our body is made up of atoms and one percent of every atom is composed of protons, neutrons, and electrons. The other 99% is empty space, which is referred to as ‘Wu Ji’ in the Daoist cosmology of the Da Xuan tradition. Our atoms are consistently releasing and absorbing light and energy and there are fields of this energy around our body that regulate what our cells are doing. The body is constantly accessing information from that field and is being modulated by it.

This Life Energy in many cultures is considered the vital energy of the universe. According to the Daoist vision, this energy, called qì, is the pure and free-flowing energy that activates and nurtures all of life and connects the small and the great. Many cultures base their medicine on this energy, and of course different cultures use different names for it; in the Indian traditions it is known as prāṇa, the Polynesians called it mana, and it was traditionally called æther in some areas of Europe (just to name a few). The importance is that they all recognized the need to name this critical part of us, our essence which regulates our body and mind.

All matter is broken down into atoms and waves of energy, including yourself and everyone you know. Psychic healers and shamans have been practicing to harness this energy and use it to heal ailments across many cultures for generations.

What the healers, shamans, and practitioners of holistic medicine have practiced for millennia is now just beginning to be understood and explained by modern science. This energy which is used by healers has been described as the “life energy”, a subtle energy that is “faster than light energy” (Richard Gerber, MD, Vibrational Medicine). From another viewpoint, it is not necessary for the energy to “travel” anywhere. Many traditions describe the universe as being like a holograph, where the whole is contained in every part. What quantum physics has revealed (at least in theory) is that time is not fixed nor is it linear. Time is fluid and flows both forwards and backwards simultaneously. Your past can be altered as much as your future. From this perspective everything is happening at once, there is no past and no future, only the present moment.

What science is also revealing about space or “distance” between objects is that they are actually not separate as they may seem. Though we experience things as being separate from us this again is merely a perception of our limited belief in the illusion that time and space are fixed. In the theory of quantum entanglement (proven with a study done in 1997, University of Geneva in Switzerland), scientists revealed that two photons created by dividing a single photon into two “twins” act and behave as if they are still one and the same, or as if they had never been separated. Therefore if the universe was born of the same matter, then it cannot by this definition ever be separated. In other words Time and distance are only concepts which help our minds define our reality. 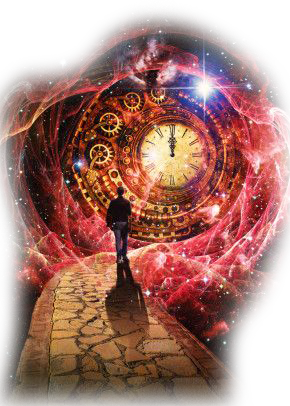 The laws of nature which describe subtle energies are different than those which describe the physical body. As physics explores deeper and deeper layers of the structure of creation, phenomena are less and less localized. Some physicists describe a unified field which is non-local. This will seem like a very abstract discussion unless one has experienced altered states of awareness in which the limitations of time and distance have been transcended. In a more expanded state of awareness, it can be understood intuitively that physical distance is no barrier to a healing interaction.

These studies of energy and light are not saying conventional medicine is wrong, it is just taking science a step further. It is time for a more integrative way of looking at the body, and when we start to understand that our body is much more than flesh and bones, unlimited possibilities open up. The heart is called ‘The Emperor’ in the Daoist traditions, and when we tune into our intuition and heart and quiet our mind we have access to unlimited information. When we can access our most important organ in this way, we can access the source of this information and use that to send information out as well.

From Cyndi Dale’s Book, The Subtle Body: An Encyclopedia of our Subtle Anatomy:

“The heart is the physical center of the circulatory system, managing over 75 trillion cells. It is also the electromagnetic center of the body, emanating thousands of times more electricity and magnetism than does the brain. Even more impressively, it is an organ of communication that can potentially manage the body’s intuition processes”

The heart, not the brain, receives information first and is the source of our intuition. “Follow your heart” – As a healer I connect heart to heart, in one same universe to guide you on your path.